Pierre-Loïc Garoche is a professor at ENAC, the French National School of Civil Aviation, and a contractor for NASA Ames in the Robust Software Engineering group. He was a senior research scientist at Onera, the French Aerospace Lab from 2008 to 2020.

His work is in the field of Software Verification, between theory and applications, mainly focused on the use of formal methods in critical embedded systems development, in a certified context. His primary interest is at the frontier between academy and industry, studying the application of formal methods on numerical intensive control systems software such as aircraft controllers, satellite attitude and orbital control systems, or trajectory planning algorithms for drones and rocket pinpoint landing.

His objective is to validate and develop methods to automatically verify critical embedded software, either at code level or at model level.

Most publications are available on DBLP, ArXiv, or Google Scholar.

Professor at Univ. of Perpignan

Professor at Univ. of Washington 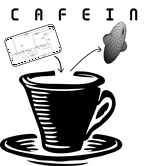 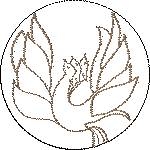 Regular teaching at ISAE-Supaero and INPT-ENSEEIHT in Toulouse, mainly on formal methods and abstract interpretation